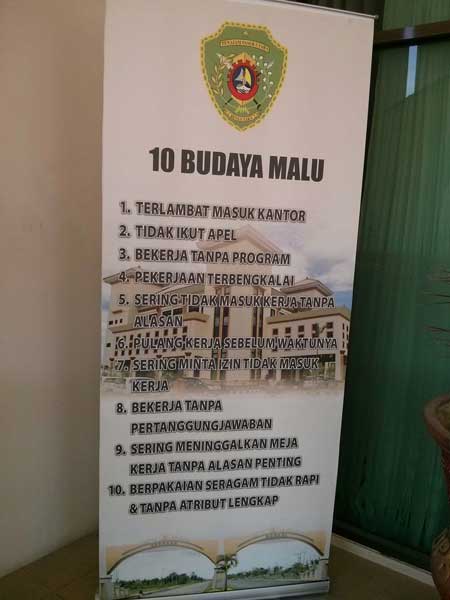 With apologies for the long silence, I’d like to share the banner, pictured above, which I happened to photograph in the shiny marble lobby of the spanking new district parliament building in PPU a couple of years ago.

For those who have been keeping up even less than me, PPU, or Penajam Paser Utara, is, along with its richer neighbour Kutai Kartanegara, the site chosen to be the new Indonesian capital. You can read the polite version of what I think of the move in this New York Times essay, beautifully illustrated by Henry McCausland. 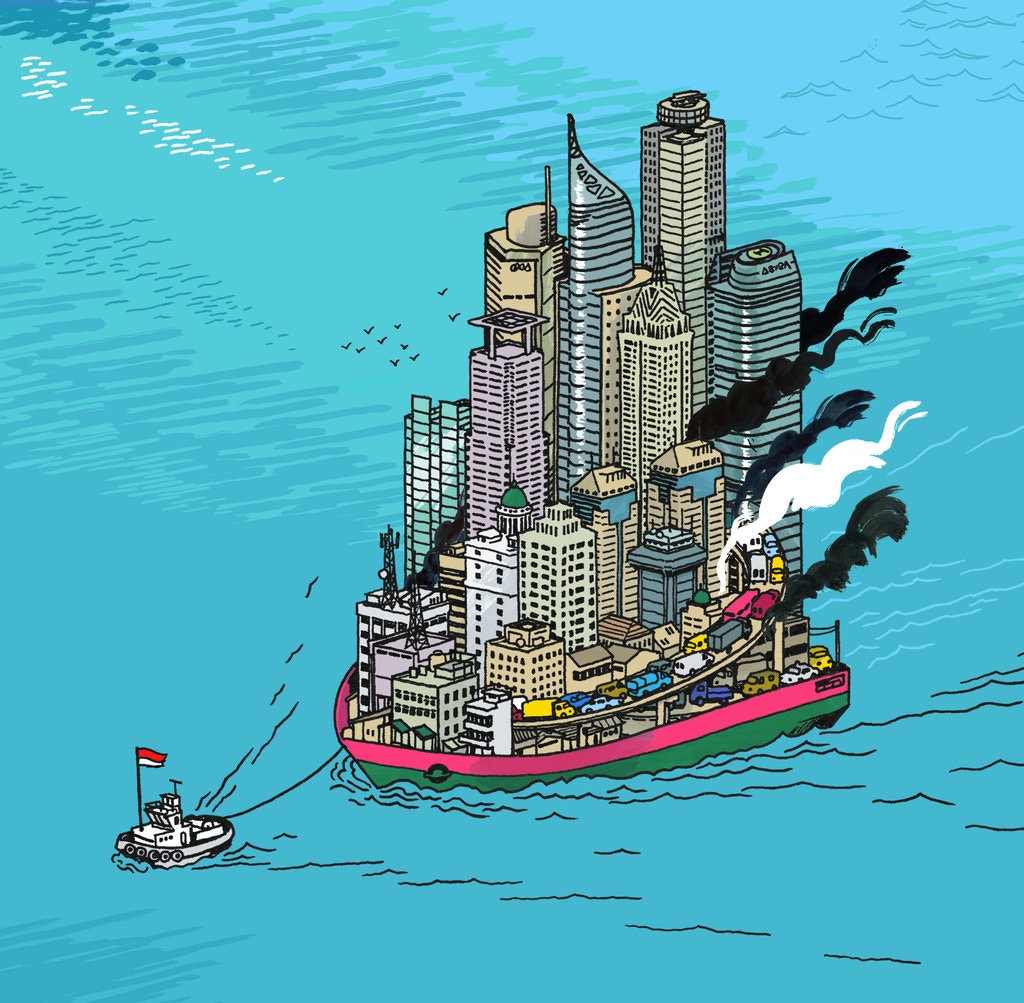 I visited PPU in 2016 because I’ve been doing a lot of reserch about health insurance in Indonesia and was interested to learn why PPU was resisting integrating its district health insurance plan (Jamekesda) with the national scheme (JKN), as stipulated by law.

What I discovered, and I am NOT making this up, is that the members of the PPU district parliament didn’t want to switch because JKN would only give them first class health insurance, where as Jamkesda provided “VIP” cover, including flights to Jakarta and accommodation in the [old] capital for several months, for two people. “For them, getting sick is like a holiday,” said a doctor at the district hospital, as he scurried around caring for third class patients.

Will the VIPs be happy to holiday at home, now the capital is coming to them? It seems unlikely.

So, back to the banner. Here’s my best attempt to translate it. (And, for the hell of it, Professor Google’s.)

It doesn’t take a Big Data expert to recognise a bit of a pattern there. Workaholism is not an affliction from which public servants suffer in any part of Indonesia, least of all in “new” districts such as PPU, where most government jobs go to members of well-entrenched local families. But I also like the few items on the “List of shame” which don’t related directly to absenteeism. Number 3: “Working without a plan” and Number 8 “Working irresponsibly” in particular. It could be said that in deciding to move the capital rather than work to fix Jakarta’s shortcomings, Jokowi is guilty of both. 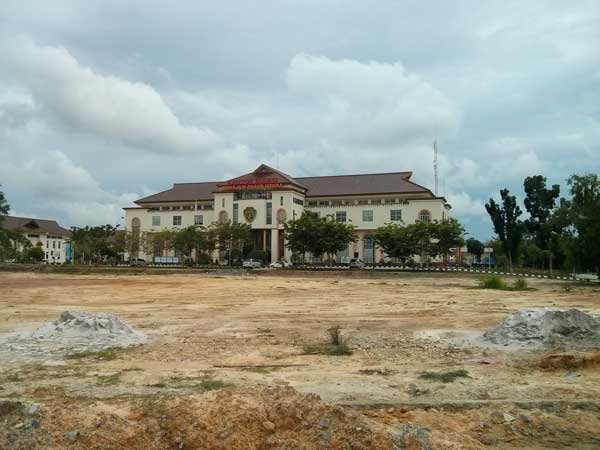 Those interested in pattern recognition can take a tour of other newly-minted Bupati’s offices in this slideshow of photos I took in 2011/12, shortly after one of Indonesia’s more active periods of decentralisation.