The bits of the country I covered by boat, bus or motorbike. (Air travel not marked)

My publishers describe me as an adventurer and a writer as well as an epidemiologist, but really I’m just incuriably curious. In late 2011, I granted myself a sabbatical from the day job and set off to rediscover Indonesia, a country I have wandered, loved and been baffled by for decades. I planned to spend four or five months on the road. Over a year later, having covered over 20,000 kilometres by land and sea (and the same again on some fairly shonky planes) I decided it was time to start organising my observations into a book. It took me another year plus to pin Indonesia to the page as best I could.

Indonesia Etc.: Exploring the Improbable Nation is the product of that journey, woven together with readings in history and tales and reflections from my earlier incarnations in Indonesia. The first of these was as a foreign correspondent for Reuters in the late 1980s and early 1990s. Ten years later I was back in the very different guise of epidemiologist, helping the Ministry of Health better understand Indonesia’s HIV epidemic.

I travelled alone, mostly, by whatever means were available. As I explain in the prologue to the book:

I only had one rule: ‘Just say yes’. Because Indonesians are among the most hospitable people on earth, this made for a lot of yesses. Tea with the Sultan? Lovely! Join a wedding procession? Yes please! Visit a leper colony? Of course! Sleep under a tree with a family of nomads? Why not? Dog for dinner? Uuuuh, sure. This policy took me to islands I had never heard of. I was welcomed into the homes of farmers and priests, policemen and fishermen, teachers, bus drivers, soldiers, nurses. I travelled mostly on boats and rickety-but-lurid buses that blared Indo-pop and had sickbags swinging from the ceiling. Sometimes, though, I lucked into a chartered plane or rode cocooned in a leather car-seat behind tinted glass. I can count on one hand the number of times I was treated with anything but kindness. I can also count on one hand the number of days that I did not have a conversation about corruption, incompetence, injustice and the slings and arrows of outrageous fortune.

You can meet some of my fellow travellers in this video: 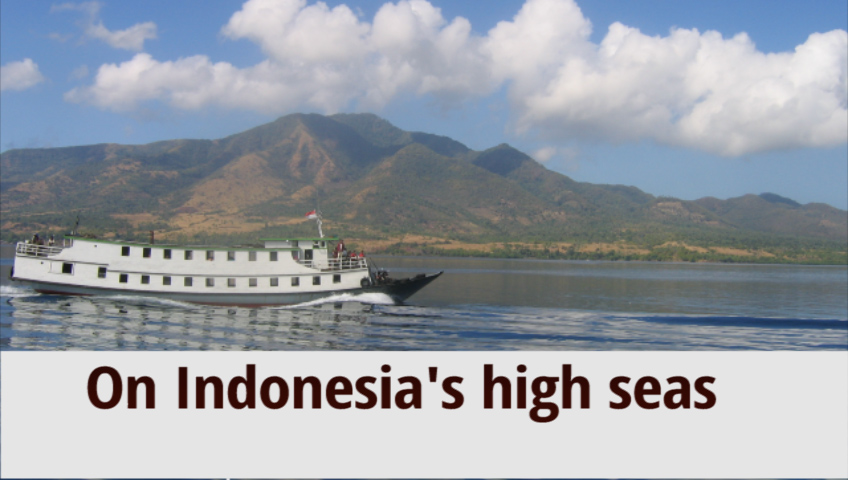 If you’re interested in videos, slideshows, photos and other visual material, you might enjoy the multimedia version of the book. You can download a sample chapter for iPad for free and give it a try. You’ll find more information about how to access the enhanced ebook on the ebook page of this site. I had no support from my publishers in developing the enhanced eBook; it’s my work and that of two younger and more talented designers. We would be thrilled if you could support Elizabeth and her team with a donation.

Whichever version of the book you read, we hope Indonesia Etc will stimulate you with a taste for this beautiful, chaotic and sometimes maddening land.