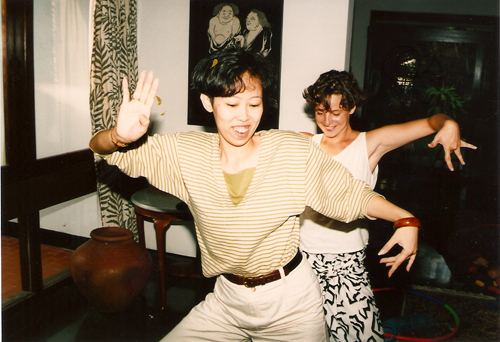 After what seems like a loooooong gestation, Indonesia Etc. is finally born today (at least in the UK; the US and Indonesian triplets will follow very shortly). When I got my first copy of Indonesia Etc from Granta a couple of weeks ago, I took it straight to the post office and sent it to Menuk Suwondo in Magelang, in Central Java. I don’t know if she ever saw it; I do know that what I learned from her over the years helped shape it.

Menuk, who died from cancer last week at the age of 54, was a first-class journalist who energised and transformed the BBC’s Indonesian language service. Frustrated by its limited reach, Menuk had the inspired idea of shifting transmission to FM stations across Indonesia; she charmed and cajoled hundreds of stations into broadcasting programmes which were increasingly made by journalists based in Jakarta rather than London, another innovation she promoted with enthusiasm.

I worked with Menuk at Reuters in Jakarta  from 1988 to 1991. We were both rookie reporters but I was the rookier, and, when I arrived, knew nothing about the country I was reporting on. Menuk taught me a huge amount. She was fearless in keeping our reporting honest and critical, which was no mean feat in the mid-Suharto years, especially for a Javanese woman who grew up within the walls of the Sultan’s Palace in Solo. I remember one dreary day sitting with her at batik designer Iwan Tirta’s studio, waiting for Princess Di to show up for a shopping trip during her visit to Jakarta. The Rat Pack of Royal reporters from the British tabloids were there, bored and thirsty, and they asked Menuk to get them tea, “ordering the little brown woman about”, as she put it. I mentioned to them in passing that it was pretty cheeky of them to make such a request of a Javanese Princess and they imploded with embarrassment and started bowing and scraping. Menuk, of course, insisted on serving them tea.

Menuk was both determined and demanding in her quest to hold her colleagues to the highest standards, sometimes to the point of being stubborn (it takes one to know one!). But she did it with humour. Constantly teasing me about my messy desk, she once gave me this birthday card: 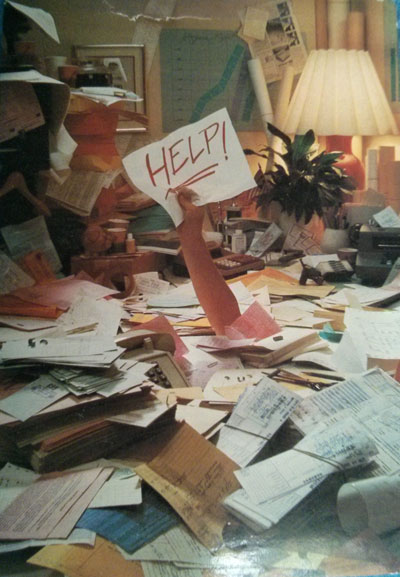 I protested that my corner of the newsroom wasn’t quite that bad. But when I cleared my desk to leave nine months later, I found a plate of fossilised noodles lurking beneath the paperwork. Menuk was usually right.

Menuk Suwondo was a great reporter, a great editor and most importantly, a great friend. She is much missed.

The truth about Indonesia? See for yourself: Free multimedia eBook taster