So does Simon Winchester (writing in the Wall Street Journal) — “…a spectacular achievement and one of the very best travel books I have read..”
Pallavi Aiyar, in The LA Review of Books — “I found myself nearly trembling with excitement…I was finally holding in my hands that elusive Indonesia book: a rollicking good adventure that knits together a complex of stories and insights”
Tim Hannigan, in The Asian Review of Books — “A formidably insightful and engaging book on Indonesia for a general readership… the book also provides a model for “portrait of the nation” travelogues fit for the 21st-century”
and Jim Della-Giacoma, in New Mandala — “It is her impish humour that is infused throughout that will draw readers in… Pisani has produced a book on Indonesia that is as fresh for the novice as for those who have a lifetime of experience in the country.”

I’ve posted the full text of these on the reviews page and will keep posting others (both good and bad) as they come in.

Indonesia Etc. was officially published in the UK on June 5th, and comes out in the US next Monday. But friends have already spotted it in bookshops (real, old-fashioned, delightful, independent bookshops, please support them!) in London, Madrid and Chatham, in Cape Cod (where I’m in the good company of Hilary Clinton, Michael Lewis and Capital in the Twenty-First Century).

We’ve had nice reviews in the Literary Review and Indonesia Expat, which are rather different publications. Now today’s Economist dedicates its lead review to Indonesia Etc.

The Economist calls the book “probably the best” book for the general reader on Indonesia (less fulsome, perhaps, than Indonesia Expat’s “surely the richest account of contemporary Indonesia yet to be published”, but I’ll take it!).

My favourite excerpt from The Economist’s very thorough review:

Into a beautifully written, richly entertaining account of a year spent travelling around the archipelago, she weaves a deep knowledge of the country acquired first as a reporter there, and then as an epidemiologist.
In her new book Ms Pisani takes on many big themes—democracy, decentralisation, corruption, inequality, the failings of Indonesia’s education system and radical Islam, as well as the ghosts of the hundreds of thousands slaughtered as Suharto took power in 1965. Her erudition is never dull.

I’m just very glad that not all readers reacted to the book in the same way as my friend Palani. 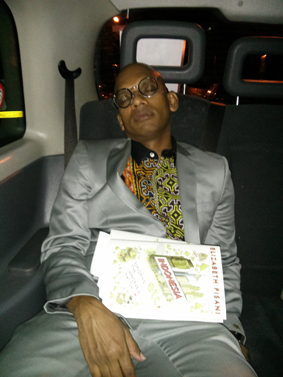 Full disclosure: the photo was taken at 1 a.m. on the way home from the exceedingly jolly and rather well-watered London launch party.

Things to do before you turn 50

1 Comment on "Department of Self-Promotion: The Economist loves Indonesia Etc!"