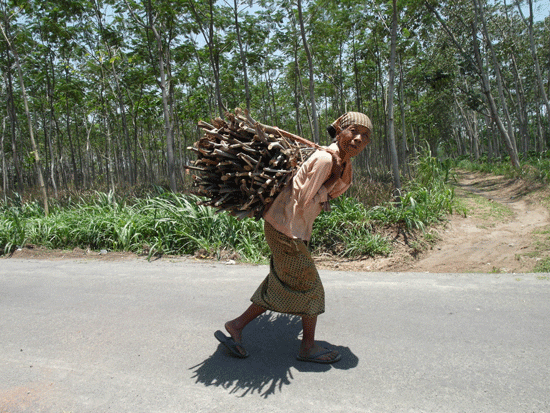 Welcome to Indonesia etc, the new face of Portrait Indonesia. It’s over two years since Portrait Indonesia went on the road. Portrait went quiet for several months as I hunched down over a computer, trying to pin Indonesia’s riotous diversity to the page. The book that will emerge in June 2014 will be called Indonesia Etc: Exploring the Improbable Nation. It will be published in the UK by Granta, in the US by WW Norton and in Indonesia by Godown, an imprint of always-inspiring Lontar.

The title Indonesia Etc is taken from Indonesia’s declaration of independence, which reads, in full:

We the People of Indonesia declare the independence of the Republic of Indonesia. The details of the transfer of power etc. will be worked out as soon as possible.

As Indonesia gears up for the 2014 elections, it is still working on its political “etc”. “Democracy by trial and error” was how one retired company head described it to me with a mirthless laugh. How far will decentralisation go? Will independent candidates and local parties be allowed? Much is still up for discussion or re-discussion. And yet the improbable nation muddles along remarkably well for such a young country. Re-reading Abraham Lincoln’s Gettysburg Address today, I was reminded that the United States, at a similar stage after its own declaration of independence, still had a bloody civil war ahead of it.

Though it looked touch-and-go for a few years at the start of this century, few people now expect Indonesia to face that kind of chaos in any of its vast territory (except, perhaps, Tanah Papua). In honour of Indonesia’s ongoing Etcs, and of my forthcoming books, this site has migrated from http://portraitindonesia.com.

Thanks for sticking with the journey so far, and selamat jalan to the next incarnations.

2 Comments on "Welcome to IndonesiaEtc.com, continuing the Portrait Indonesia journey"