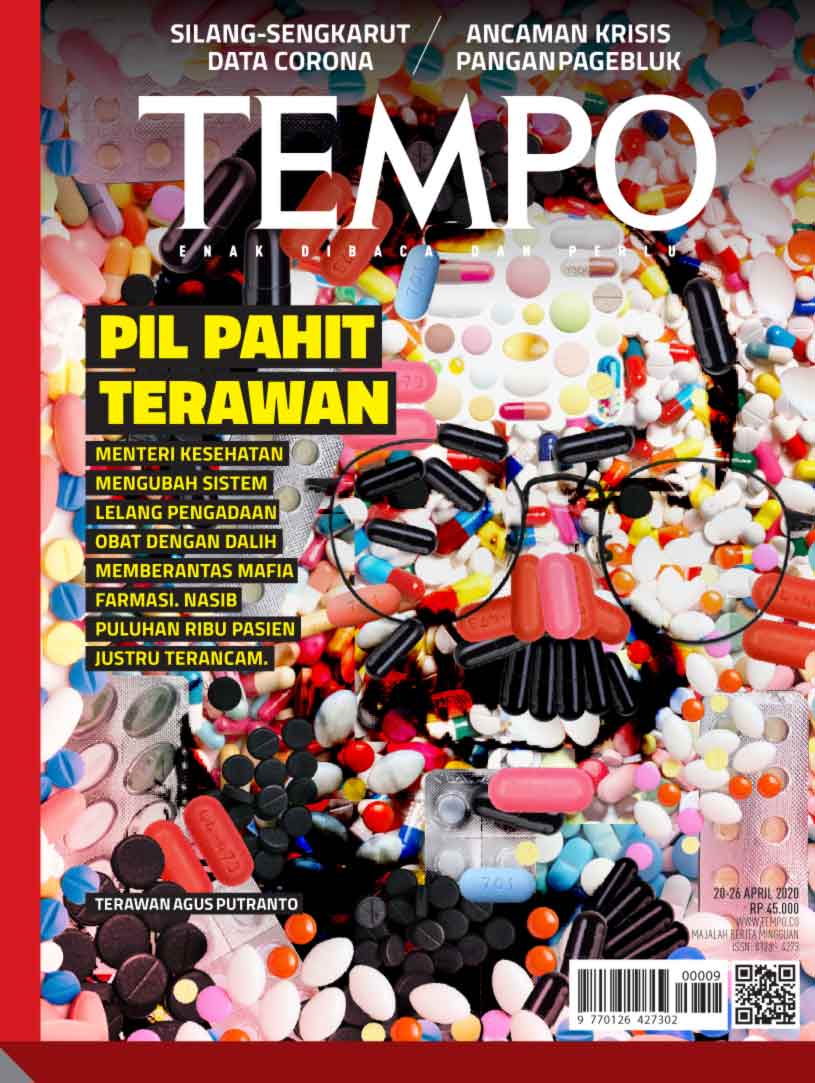 More long silence from Elizabeth. Sorry. It’s not that I haven’t been thinking about Indonesia. It’s that I’ve been focusing on just one thing: the quality of the medicines in the Indonesian market. With wonderful colleagues like Amalia Hasnida, Yusi Anggriani and Sari Dewi, we’ve been trying to figure out why people make low quality medicines, and why people sell and take them. It’s a complicated story, especially in Indonesia, but Tempo’s cover story this week highlights an important part of it: the medicine procurement system.

Though the health minister likes to bleat about the high price of medicines, the truth is that fierce competition for the huge JKN market has driven prices exceptionally low. So low, in fact, that it’s hard to imagine that some products could do what they say on the tin. That was already true in late 2017, when Indonesia’s pharma firms last bid to provide medicines to the government. Since then, the rupiah lost nearly a fifth of its value against the dollar, the currency that most Indonesian companies use to buy active ingredients. And because of COVID, the price of medical ingredients is rising, and supplies are drying up. Meanwhile, as the Tempo article explains, because of meddling from the Minister of Health, the government has failed to get its act together to re-run the tender process on schedule. Now despite the rising costs, companies are expected to go on supplying those medicines at the same prices until the end of this year.

That opens the door to the second type of bad medicine: the out and out fakes. Procurement problems leave shortages, and shortages get filled with fakes. And to explain that a bit, I’m going to be lazy and cross-post from MedsWatch, which is where I’m blogging these days. Please follow me there if you’re interested in ways in which bad business practices turn into bad medicines. 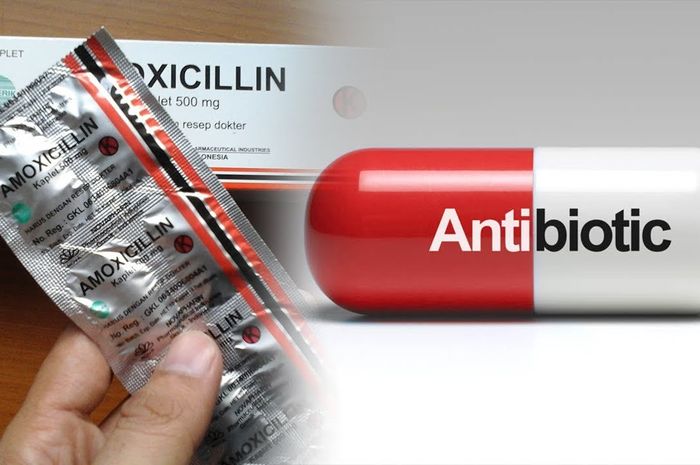 As COVID-related news, research reports, papers, blog-posts and general pontification flood across my desk, I’ve been trying to fish out the bits most likely to signal existing or up-coming assaults on the quality of medicines. And one of the things I find most interesting is that the same risk-indicator fish seem to be swimming in very different bodies of water.

One example: reimbursement policies that incentivise legitimate pharmacies not to dispense the most affordable medicines, thus potentially sending patients to dodgier outlets where they are more likely to get fake medicines.

We see this in both the US and Indonesia, even though the two countries differ on virtually every health-care related measure. The US, one of the richest countries in the world, accepts that it’s fine to allow tens of millions of citizens to live without health insurance. Those that are insured have to choose between thousands of different private plans, each with different reimbursement policies. Meanwhile, lower-middle income Indonesia (which comes right after the US in population size, with close to 300 million citizens) has been working to provide at least basic health care to the whole population through one, mighty, national insurance system. The purchasing power that that confers has allowed Indonesia to do much more to bring down the price of medicine in the public sector (to the point where some medicines are arguably dangerously cheap). The fragmented US market seems to accept that, in general, medicine manufacturers should be allowed to charge whatever they can get away with; insurers and patients then decide what they can afford.

This very interesting analysis of variation in reimbursement rates in the US, from 3Axis Advisors [full report available at link], highlights the amazing range that insurance plans are willing to pay for the same medicine. For the same dose of generic azithromycin, for example, some insurers pay as little as US$0.11 while others pay $3.53 — over 30 times as much, for a product that consistently cost pharmacies between 53 and 69 cents to buy (HT @EdSilverman via Pharmalot).

A fair bit of the time, the reimbursement rate is less than the pharmacy paid for the medicine. Pharmacists may make up the loss with cross-subsidisation from other insurers (recouping the underpayment of the 11 cent insurers with cash sloshed their way by the three-dollar plans) or from other medicines. But where reimbursement is consistently below cost price, pharmacies don’t have much of an incentive to stock a medicine. And, as 3Axis observed (and we noted in our earlier blog post about the effect of COVID on medicine quality) the pandemic will likely exacerbate the problem, because producers will push up the price of medicines more quickly than payers will raise their reimbursement rates, making it even more unprofitable to dispense those meds.

The effect of this may be to push pharmacies to simply “short” the medicines which cost them money to dispense, offering patients instead the medicines they make money on. “Sorry, we’ve no generic azithromycin in stock, but I can offer you Zithromax, for cash…”

This is a dynamic we also see in Indonesia (though it will only apply to the handful of medicines which are reimbursed). The net effect of pushing patients towards out of pocket payment for more expensive medicines is to push them to buy medicines online, or in other unregulated outlets. That makes them easier prey for falsifiers.

In their blog post summarising the research, 3Axis listed some of the ways in which COVID-19 will push up the prices of generic medicines:

But nowhere do they address the question of reasonable or fair prices for generics, or any other kinds of medicines. The list price to pharmacies of 250mg azithromycin in the Indonesian market ranged from 29 US cents to two dollars in 2019 (compared with the 53-69 cent range actually paid by US pharmacies, according to 3Axis). The public procurement price for a pill with twice as much active ingredient (500 mg) was half as much — just 1778 rupiah, or 11 cents. Yet in the Indonesian market, Pfizer’s Zithromax 500mg sold to pharmacies at US$4.00 a pill — close to 40 times the public procurement price, and about the same as the “regular” cash price in the US, after applying the 90+ percent discount from the list price, according to the price comparison site Good Rx. But just take a look at the list price for something Good Rx describes as “an inexpensive drug” — US$ 434.65 for six pills of something that Indonesia’s Kimia Farma sells to the Indonesian government for 66 cents, just 11 cents a pill.

That’s an insane difference, and one that threatens quality from both sides. The Indonesian price is probably too cheap. Though I have no reason to suspect this specific medicine, it’s really hard to make and distribute a good quality antibiotic for 11 cents, and still make enough profit to re-invest in your business and keep things going for the long term, even when you’re guaranteed a really big market. (New Zealand, which is notoriously good at driving a hard bargain for quality-assured medicines, pays 28 US cents for the same product.) But pricing medicines too high attracts falsifiers (who think just like pharma companies: why sell something cheap when you could sell the same thing more expensively?) And it drives patients who can’t afford the regular pharmacy list price into unregulated on-line stores, where, although list prices aren’t much cheaper than pharmacy prices, everything is negotiable. 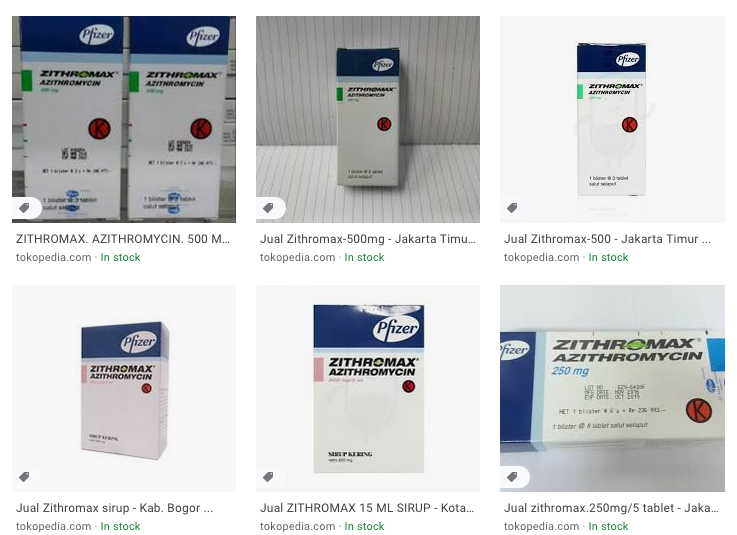 Indonesian schoolkids: in praise of creativity

1 Comment on "The Indonesian government forgot to buy medicines. Now what?"