Some years ago, when I was working on HIV prevention in Indonesia, we diligently treated sex workers for common infections such as gonorrhea and chlamydia, using national treatment guidelines. They were not cured. After much head-scratching, we sent some samples off for resistance testing. The results were pretty shocking. We found that 100% of our gonorrhea samples were resistant to tetracycline (marketed here as “SuperTetra!”), and 40% to Ciprofloxacin, the second commonly-subscribed antibiotic. (It took a shameful four years to change the national guidelines to include drugs that actually worked, and during that time we continued to use ones we knew didn’t work. But hell, it’s only hookers, right?…)

In an effort to find out why so many bugs in Indonesia are resistant to tera, cipro, amoxy and the rest, I went out to ask the nation’s pharmacists, Here’s one, helping with prescriptions in a market in Boawae, Flores. 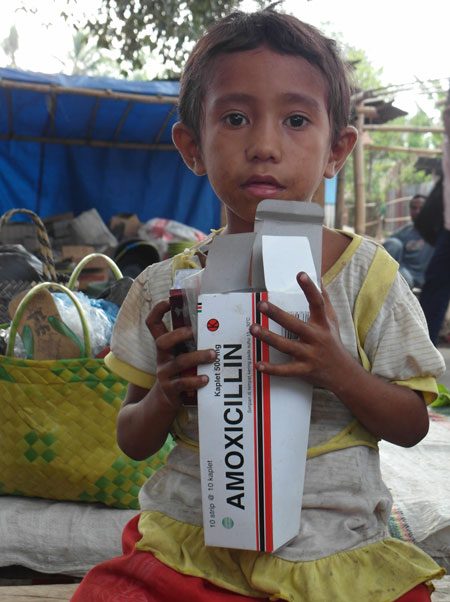