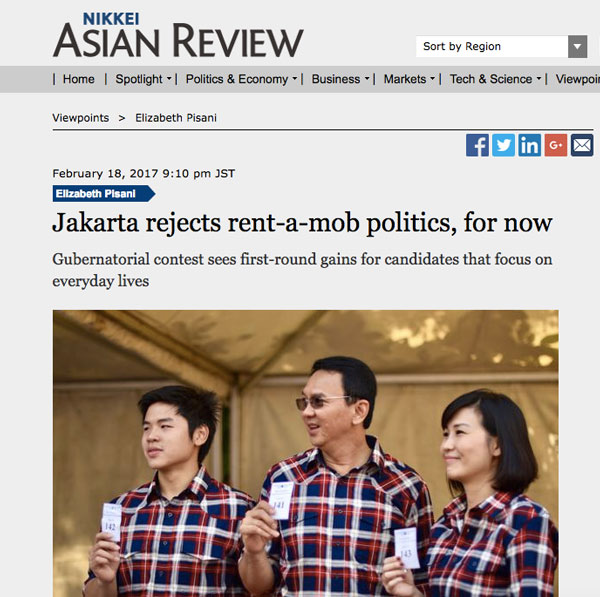 On Wednesday, we saw once again that Indonesian voters are more grown up than the people they are voting for. Though the Jakarta elections were repeatedly presented as a test of strength of political Islam, I’ve always thought the white-robed mobs were more a throw-back to the everyday tactics of the Old Guard, as I argue in this commentary in Nikkei Asian Review. But as the capital faces a second round of voting, we can certainly expect the FPI to hit the streets again, trying to convince the people of Jakarta that a vote for Ahok will mean five years of extremist disruption. Whether it comes to that or not is probably up to the group’s paymasters in the police and the intelligence communities. In support of which I offer up this 2006 gem from a leaked US Embassy cable about FPI’s relations with the police, BIN and Playboy, which deserves resurrection, translation and wide circulation in the coming weeks. There’s much to chew on, but I especially like it when BIN refers to the FPI as police “attack dogs” 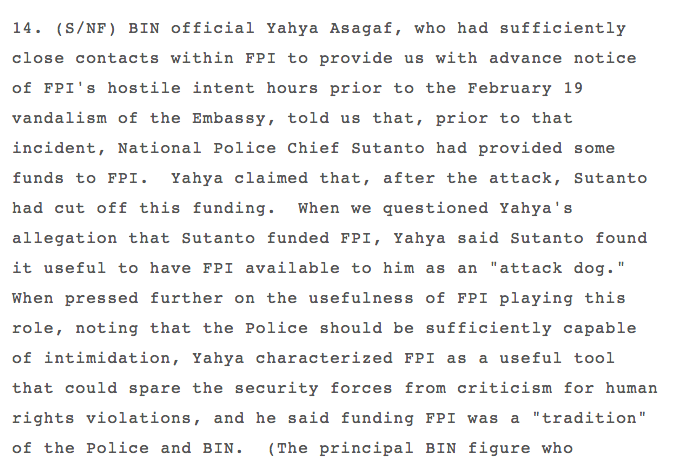 Then there’s this lovely account of how FPI chairman Habib Rizieq accepted 55 million rupiah (around US$5,550 at the time) in “gifts” from the publisher of Indonesian Playboy, Ponti Carolus Pandean,also once Deputy Secretary General of Yudhoyono father-and-son’s Democratic Party.

Need any more reminders of how little the Arab-costumed “mass organisations” actually care about religion? It’s a good time to re-read this classic paper on Islamic-themed premanism by Ian Wilson. (pdf)

1 Comment on "Should Jakarta voters trust a cleric who takes money from Playboy?"