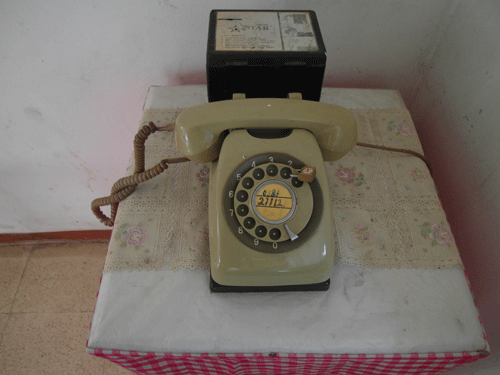 In my proposal for Taking Tea with the Dead, I wittered on at some length about how fabulously plugged in Indonesia is. The world’s second largest Facebook community, some 18 percent of all Twitter traffic. Jakarta pulsates a glorious crimson on this wonderful Twitter heat map at most times of the day and night.

But as Merlyna Lim reminded us in a recent report on democratization and social media in Indonesia (pdf), most of those people live in Java and Bali, with a smattering in large cities in other islands. Since I’ve started my travels far from the mother-lode, I can identify especially with this map, taken from Lim’s report, of telecoms distribution.

And let’s not forget that that phone pictured above, under lock and key in a Waikabubak guest house, counts as part of the 0.2 percent. I’m hoping some of those open source guys can find a way for us to Tweet by tom-tom.

Java, inventive since the 10th century

1 Comment on "Notional Networks: the realities of Indonesian Telecoms"