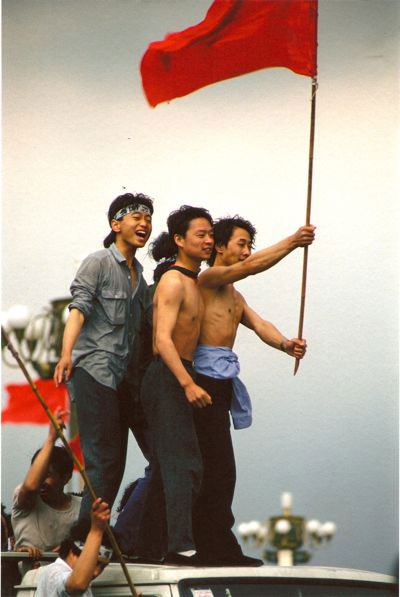 Late last night, one of the many friends who helped me celebrate the launch of Indonesia Etc reminded me of where he and I had been at exactly that hour 25 years earlier. We were both Reuters reporters at the time; Andy Roche was being banged up by Chinese cops in the backstreets not far from Tiananmen Square and I was in the Square itself. I was watching as tanks rolled towards me and trying to figure out how I could stay alive AND get the news out to the world.

There has been lots of remembering and reflecting on those events, not least from James Miles writing in the Economist. His analysis is exceptional (though not for him!) in its level-headedness. There’s also a collection of coverage in Foreign Affairs including this piece from Andrew Nathan and Jeff Wasserstrom’s Congressional testimony, and Louisa Lim’s book The People’s Republic of Amnesia, which I haven’t yet read. But how much of what we “remember” about the events before and on June 4th 1989 have been rewritten in the light of what has happened since?

It’s a commonplace to say that history is written by the victors, but its “first draft” — the journalistic record in the pre-Twitter age — is often written by scared, hungry, sleep-deprived correspondents who have an imperfect understanding of the language around them and see only a couple of tiles of the great mosaic of events that surrounds them. When memory gets to work the picture becomes even more distorted, even before any deliberate political rewritings do their work. In this piece I wrote in Granta Magazine on the 20th anniversary of 1898 I reflected on the tricks my own mind has played with memories of Tiananmen Square. For what it’s worth, I’ve posted it again here in memory — or not — of those that died.