Just a few weeks ago, I wrote a generally rather up-beat assessment of Indonesia’s prospects. The gist of it was that Indonesians have more common sense than the cliques who have traditionally led them. This, combined with the country’s decentralised micro-democracy, allows for the emergence of new types of leaders, women and men who may break the stranglehold of the handful of dynastic interest groups which have wielded power for seven decades. To which a friend whose opinion I respect countered: “Your piece came across as sugarcoating what I think is a continued backsliding or worse… I’m not an alarmist either, nor particularly a pessimist, but the entire tone of your piece seemed completely removed from the reality of Indonesia right now.”

Ouch. What hurts most, of course, is that virtually everything that has happened since I wrote the piece suggests that my friend’s criticism was well-founded. Though I was unexpectedly granted my Christmas wish for 2016 (no church bombings in Indonesia over the holidays), all else suggests that I overestimated both the common sense and, especially, the potential for it to support a new type of leader. Exhibit A: former Minister of Education Anies Baswedan.

I’m an admirer of Indonesia Mengajar, a programme Bpk Anies copied from Teach For America, which sends graduates from the nation’s best universities to teach in neglected primary schools. I wrote about his impressive speech at the Frankfurt Book Fair, upholding the values that make Indonesia special:

Referring directly to the hundreds of thousands of refugees from different cultural traditions who are besieging the borders of Europe, he spoke of what the world might learn from Indonesia: that diversity is a source of strength, not of weakness. Indonesia, he said, specialises in managing differences. 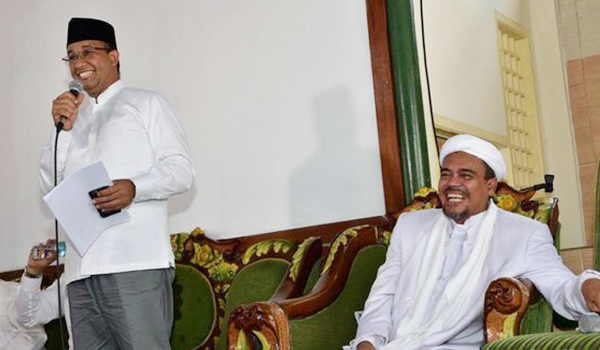 In the interests of strengthening his bid for Governor of Jakarta, Anies went and grovelled to the FPI, a group of Islamic-themed thugs until recently more specialised in running protection rackets than in mainstream politics. (That’s FPI leader Habib Rizieq sharing a merry moment with Anies.) The group is for now more interested in money than in the mechanisms of public policy (and can thus doubtless be bought off for better or for worse). But profane interests are these days to be no obstacle to taking centre stage politically… 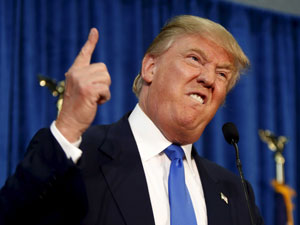 During his visit to kowtow to FPI, Anies explicitly renounced “liberal” Islam, and tried to polish up his homophobic credentials by reminding his audience that he had tried to close down gay-themed lectures at the university where he was rector. This was disappointing to many young Indonesians who looked to him as a beacon of pluralism. It also disappointed those, like me, who hoped that a new breed of politician might succeed by appealing to the common-sense electorate, rather than to power broker groups and their puppeteers. A politician such as Ahok, for example.

But wait, there’s worse. It seems that sycophantic toadying is the order of the day in Indonesia not just in politics but in other domains, too. There’s a storm brewing in the Australian press’s tea-cup over apparently “insulting” materials found at an Australian military training facility. These include a characterisation of the state philosophy Pancasila (the Five Principles) as Pancagila (the Five Madnesses). Like a sulky child insulted in the playground, Indonesia’s military has said “I’m not playing with you any more” and has pulled out of joint training exercises. Odd, isn’t it, that TNI did not squeak when the FPI leader Habib Rizieq launched the same insult six months ago. 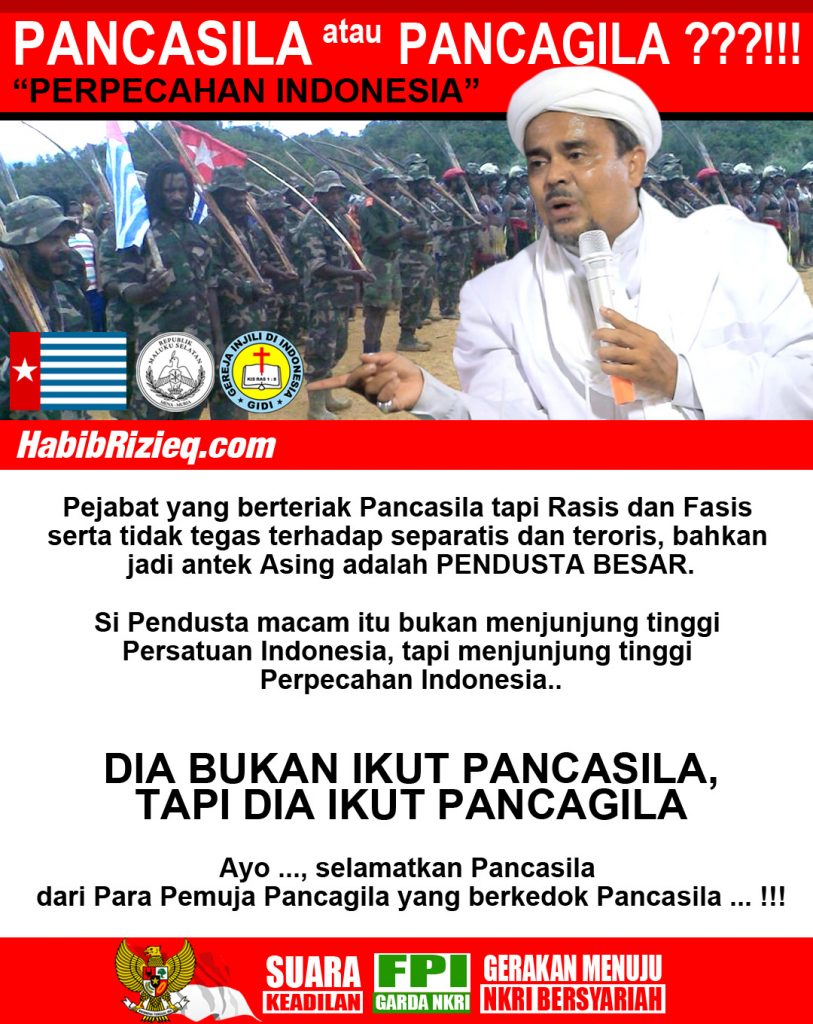 A thin-skinned military is a national embarrassment and quite possibly a danger, but not that much of a surprise. (Boys are like that.) But wait, there’s even worse.

Of all the things that most proved my critical friend right in the last couple of days was the news that Finance Minister Sri Mulyani, the cabinet minister I respect most by a wide margin, has kicked JP Morgan bank out for saying unflattering (but almost certainly true) things about Indonesia’s economic prospects.

“We don’t close ourselves to assessment because it’s important for us to improve ourselves,” Finance Minister Sri Mulyani said. “But the institutions with big names have very high responsibility in creating positive psychology instead of doing [something] misleading.”

It seems that even Indonesia’s most thoughtful technocrats are happier with the type of pie-in-the-sky, give-us-the-business sycophancy that made such a laughing stock of consultants McKinsey in 2012. Their “Unleashing Indonesia’s Potential” report — an object lesson in creating “positive psychology” as well as in self-interested brown-nosing — was published shortly before the rupiah dived by 40%.

Indonesia’s head-in-the-sand approach seems to be part of a global zeitgeist. Just hours after Indonesia sent JP Morgan packing for telling the truth, the UK’s ambassador to Brussels resigned, apparently because politicians in London don’t want to hear about the terrible mess they have led the nation into. “Speak truth to power,” Ivan Rogers urged the colleagues he left behind. But it seems like neither voters nor the Powers That Be want to hear any truth these days.

For my part, I’m happy to hear from (reasoned) critics. Perhaps they will help me better to understand the reality of Indonesia right now.

9 Comments on "Is Indonesia becoming a country of thugs and sycophants?"