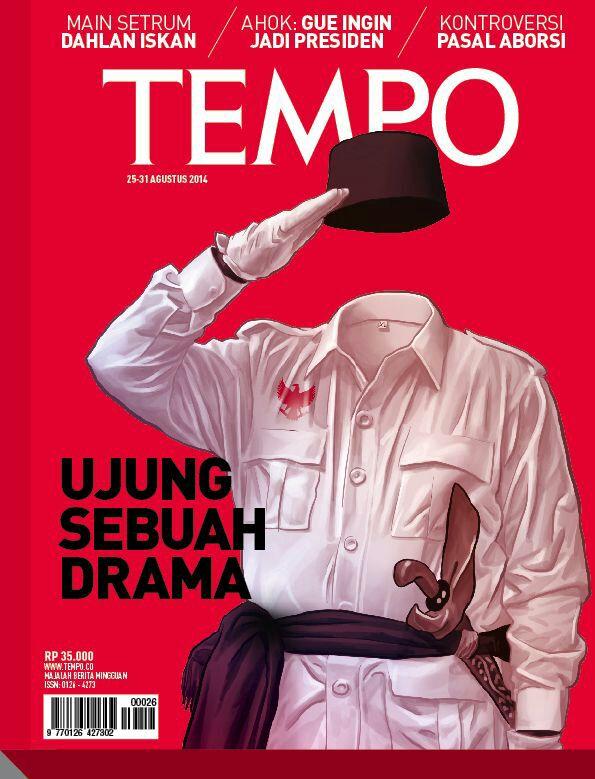 A couple of weeks ago, the weekly news magazine Tempo devoted several pages to a story about cops being involved in an on-line gambling ring; there was an editorial about the scandal, too, and it surprised me. The subject matter — crooked cops — was not remotely unexpected. What tripped me up was the language. The editorial began:

“Ditangkapnya dua pejabat kepolisian Jawa Barat….” (The arrest of two senior police officers from West Java…) That was strange to this long-time but sporadic reader of the Indonesian press because they used the word “pejabat” — senior official — rather than “oknum” — rogue.

For as long as I can remember, every time anyone in any way associated with the state has behaved badly, they have instantly been transformed into an “oknum”, a rogue element who is working outside the universally virtuous framework of the state. (Though obviously, as the authors of the many excellent essays in The State and Illegality in Indonesia point out, the framework of the state in Indonesia has never been in the slightest bit virtuous: (download the pdf here). Still, by consistently using the word “oknum”, both journalists and the people they quote undermine any sense of institutional responsibility. This effectively makes it difficult to discuss, let alone tackle, Indonesia’s structural and deeply institutionalised corruption.

I was reminded this week while reading Wars Within, Janet Steele’s interesting history of Tempo magazine, that “oknum” has served other political purposes, over time. General Benny Murdani used the word “oknum” to describe the firebrand leaders of the Moslem crowds that clashed with the military and looted Chinese shops in Tanjung Priok in 1984. At the time, with Suharto’s New Order government widely believed to be deliberately undermining political Islam at ever turn, it was a conciliatory use of the word. In the double-speak (or, more often, half-speak) of the Suharto years, the General was signalling that the government was not in any way blaming Moslems for the violence, the worst since the mid-1960s. The mob was provoked by rogue elements, rather than by a well-known and rather popular leader of the local Moslem community.

There are still oknum enough to go around. A quick search of the Kompas newspaper site has a rogue cop in Maluku killing four soldiers in a raid related to smuggling petrol; there are rogue officials in Palembang shaking people down to allow them to jump the queue for the haj; in Aru two rogue policemen are being done for drugs; rogue primary school teachers have been watching porn videos in Jember. Also in Jember, two rogue reporters were arrested for blackmailing a different primary school teacher, this time threatening to expose his infidelities. That’s all in the last week, and there are dozens more, too.

Still. Tempo is something of a thought leader in Indonesia. If Tempo’s editors start suggesting, by dropping the word “oknum”, that institutions may bear some responsibility for the abuse of power wrought by their employees, they are raising a small but important banner in president elect Joko Widodo’s much-hoped-for “mental revolution”.